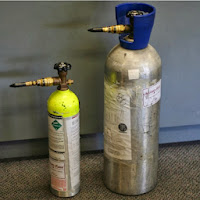 Think of a pressurized canister like the kind they use to fill balloons.  Often these canisters have a release valve that, when opened, makes a brief hiss of escaping air.

When a student plays, I sometimes hear a similar sound right as they finish.  Here's an example.  Listen very carefully to the end of the notes, just as they release.  I placed the microphone inches away from the side of their face....

If you listen carefully, you'll hear a little "click" sound as the notes end.
What is going one here?

I have this saying:

I think the lungs are trying to force more air than the lips need.  That causes the throat area to "lock up" in resistance to all that air pressure.

At the top of the throat we all have a soft palate. 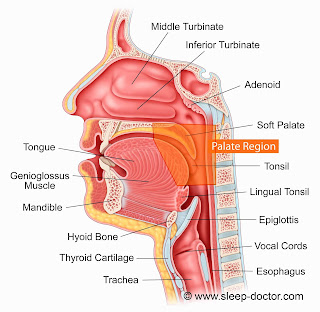 This soft palate can prevent air from escaping through the nose unintentionally.  Try this experiment:
You can even release that soft palate and get that rather uncomfortable popping sound as the air diverts through your nose. (Don't do this too violently and hurt yourself).

That popping/nasal vent sound at the end of notes is, I think, a sign that the student is putting the air under more pressure than the lips need and is thereby creating an isometric situation where they are effectively working against themselves.  I briefly referenced this concept in a previous blog post called "The 47 Pound Pencil".

For some reason this reminds me of that legendary creature, the "push me, pull you" 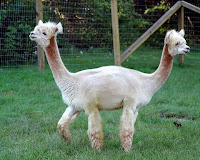 If you're a teacher, listen for that little "nasal vent" sound at the end of notes.  It is usually accompanied by a rather muffled tone and the general sense that the student is working too hard. (also the dreaded "wah" often appears).

How to fix this?  There's no one solution but, generally, you need to teach the student (or yourself) to blow with less force. 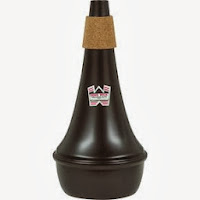 The practice mute trick often helps
My trumpet colleague does something similar by having his students play through legato lines while flutter tonguing and my wife has used a stop mute on the horn for a similar effect.  I even recall when the Marine Band trombone section did a master class at South Carolina, their bass trombonist simply stuffed a rag into the bell to provide that resistance.

If you're a teacher, listen carefully for that little pop of the "nasal vent" as the student finishes a note.  You might be surprised how often you hear it.