slowing it down is like establishing a beach head
Posted by Brad Edwards at 4:28 PM

Email ThisBlogThis!Share to TwitterShare to FacebookShare to Pinterest
Labels: practicing

Whenever I go to a trombone convention showroom, I carry with me a good dose of skepticism. I've seen some pretty ridiculous things.
However, I had a pretty mind-blowing experience at the Edwards booth when I spent some with Christian Griego and their new model, the "Alessi" model T396-A.
Now you might think that, given my last name, I play an Edwards. Wrong, I play a Shires and absolutely love it.
Here's the thing, though....
This new Edwards trombone is what they call an acoustically-tunable fixed instrument. Basically, if I understand correctly, this trombone doesn't have a removable lead pipe (I could be wrong about this, though). What it definitely does have, though, are these three threaded holes near the tuning slide (I think they call it an "harmonic bridge"). The horn comes with a variety of small bolt-like pieces made of different metals which can be screwed into these holes.
At the outset, I felt pretty confident that I was about to have another 'snake oil' experience. However, as Christian began to add or change these metal pieces I was amazed by the difference in the instrument.
He would make the smallest adjustment and it was as if he had handed me a different instrument. One time, the change was the same piece/same hole but he screwed it in from the opposite side. Even this caused a big difference in the way the instrument responded.
Am I ready to leave Shires?
No, but I'll admit that, if my horn were destroyed or stolen, I'd have to look closely at these new Edwards trombones before I automatically go back to Shires.
This time, it isn't snake oil. I think he's really onto something here.
Posted by Brad Edwards at 11:36 PM

OK, so I had this blog post waiting around for me to finish. At the ITF in Austin I wanted to try playing some mid-priced trombones.
Back to back I played an Eastman and a Getzen. I've seen some good Getzen's before so I'm not trying to knock them but in this one comparison, I've got to say..
Clear advantage: Eastman.
What about quality? Well, I've heard people blast both brands at times. Others say they've had no trouble. YMMV
By the way, as far as I know, Andreas Eastman doesn't exist. Fictitious name.
If this is true, seems a little tacky.
Still I suppose it would sell more products than a name like, say, Ignaz Gooberfeltzer.
Posted by Brad Edwards at 3:00 PM 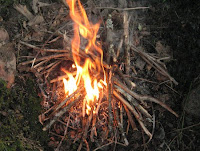 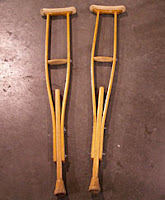 Wood is useful stuff.
Consider two possible uses for wood: kindling wood or crutches.
Kindling starts a fire. Crutches help support you.
Teachers are useful people.
Consider two possible uses for teachers: kindling wood or crutches.
As teachers, should we lay back and let students figure it out for themselves or nuture them along?
Suppose I have a student who sometimes oversleeps for lessons. His/Her lesson is at 9:30 am and I suspect they won't make it. It is 9:00 am. What should I do? Should I call them to make sure they are awake??
If I think of myself as kindling wood, then I'm trying to get a fire to burn in this student. Thus I want to help them along. A "kindling wood" teacher makes the call (possibly waking them up).
If I realize that the more I do for a student, the more I become a crutch and they never develop the self-discipline to make it on the own. To not become a "crutch," a teacher doesn't make the call (possibly letting them oversleep).
So these two uses for wood are a symbol for the fundamental question faced by all teachers: is it "sink or swim" or is it "helping hands."
Of course, there is no one answer but it something worth considering.
Posted by Brad Edwards at 7:57 AM