Talking Mouthpieces..Buy One Get One Free!!

Another story from a recent lesson:

A student is struggling to play with good technique and also doesn't really perform a convincing phrase. At first we try various tricks to help with tone and clean slide technique (with varying results).

Then I switch gears and address that whole phrasing thing. We try singing it but the tricky intervals get in the way. So I try a trick which I've thought of before but haven't really used:

Basically, I ask him to buzz it but not worry about even coming close to the right pitches. What's important is to get a speech-like inflection (like the voice) using the rhythm alone. From that, we went on to play the passage on one note with a nice musical inflection.

By the way, while browsing I once ran across some very nice teaching pages from Carl Lenthe in which, among other things, he uses the phrase "Johnny One Note" and demonstrates inflection for the Barat Allegro using this technique. Give a listen to the sound files. On one of them, he sings rhythms with a nice inflection. What I was doing with this student was essentially the same thing but using this "talking mouthpiece" idea.

The end result? His phrasing definitely had more feel to it and he reported to me that his mind wasn't so focused on a laundry list of technical things he was supposed to be doing.

And here's the cool part: during all this time he was so focused on the phrasing, his technique was greatly improved!!! By focusing on a convincing musical phrase, it was almost as if the technique was thrown in for free. 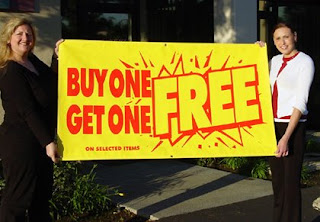 (I love it when this happens)
Posted by Brad Edwards at 10:57 PM

Writing Comments - is there a transparent solution?

I just got back from a Virginia/D.C. trip that included judging the two final rounds of the ETW solo competition.

For me, one of the biggest challenges in judging these things is the not-so-simple process of listening attentively while trying to write intelligently. It goes something like this: you listen, you hear something (good or bad) that deserves a written comment. You try to write with decent handwriting, knowing that your comments might impact the person whom you are evaluating. I always want to write something of value to the eventual reader. But, as you write this, the music keeps rolling along and deserves your attention. The challenge is exacerbated when you are dealing with a score you don't know well as was the case with the Schnyder Sonata and the Amis Preludes.

Here's an idea I've thought of but haven't acted on. What if you laid one of those transparency sheets over a copy of the music and wrote comments directly onto the transparency? Then you could quickly refer to specific sections by simply circling them. When the candidate/student receives your comments, in theory they could lay the transparency right over their music and see your comments.

This reminds me of an interesting technique I first saw used by Eugene Corporan when working with conducting students. He had rigged up something that allowed him to hold a microphone and softly make comments that, I believe, were being overlaid directly onto the audio portion of the student's video tape. Clever but a bit cumbersome for a trombone competition.

One last comment on the ETW judging. This is my third time doing it. It seems that every time we end up with a choice between the more "clean, polished" rendition and the more "expressive" rendition. I will say that, usually (with one significant exception this year), the more expressive version wins the day even though it is often clear that the "clean, polished" player is technically stronger.

I have heard stories of parallels in big-time orchestra auditions.
Posted by Brad Edwards at 12:12 PM

"Tonguing" with the Fingers

Here's a new thing I've tried in a few lessons.

Buzz a note and, as you sustain a nice mezzo-piano buzz, gently cover the end of the mouthpiece with your finger so the air can't escape.

Do it correctly and the note will stop.

Here's the interesting part, pull your finger away and the note should start right away, sounding like a clean attack.

In fact, I've done this repeatedly creating the effect of repeated attacks. While I'm not wild about how the notes end, I've like the way the buzz begins with a nice clean "pop."

Hopefully, that's the role of our friend/enemy, the tongue: release the air all at once so the lips can pop right into vibration.

The great thing about "tonguing" with your fingers is that it reminds you to deliver a nice supply of air/fuel from the lungs without any throat nonsense. It should be simple:

Come to think of it. Should we really be calling this "tonguing?" It seems that maybe the tongue had a really good publicist and managed to steal the spotlight. 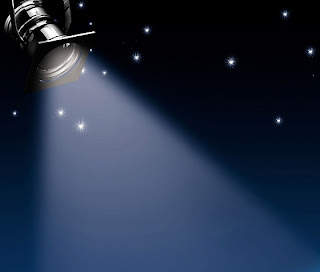 (yeah, I considered superimposing some image of a tongue onto this picture but then thought better of it)
Posted by Brad Edwards at 10:34 PM

I'm also happy to report that this piece will be premiered at the Eastern Trombone Workshop by Dr. Bradley Palmer and the Columbus State Trombone Choir.

For anyone going to ETW, I'll be doing a group warm-up on Saturday morning.