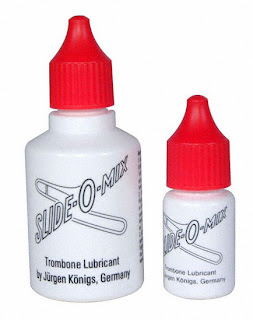 It started when one of my students, (let's call him Alex [or Joey]) commented that, "Everybody's Slide-O-Mix seems to work better than mine."

Then I thought about my Slide-O-Mix Rapid Comfort and how it used to to be have thick texture but was now watery.

Then another student (let's call him Colt) pointed out his theory that maybe HEAT had an effect on the stuff. In other words, once it had been exposed to heat (like being left in a hot car) it became watery and didn't work as well.

No sooner do I mention "Colt's" theory to one of my private students than he says that exact thing happened to him: Slide-O-Mix left in a hot car for a few days had become watery.