OK, so I'm going to try to link these two images: 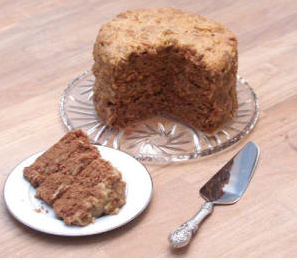 Cake and the offensive line of the Indianopolis Colts.

In other words, the Three T's.

As you seek a vibrant, compelling musical performance, don't lose track of those basic three elements.
Think of it this way: it doesn't matter if you've got great frosting if you have a lousy cake.

The Three T's = the cake
Musical nuances = the frosting
Imagine the final two players at an audition. One player has all that "frosting" stuff but the cake isn't quite as solid. The other player may not be the most subtle musician but, man, that "cake" is totally solid. You want to root for the "frosting" player but the "cake" player is just so solid!

Reminds me of the superbowl. From what I saw of it, the real source of the Colts victory was that offensive line. Imagine those Bears defensive linemen: spinning, faking, twisting. But, play after play, there was just no getting past those stolid offenseive lineman.

Of course, ideally, you want both great cake and great frosting...
Posted by Brad Edwards at 12:18 AM