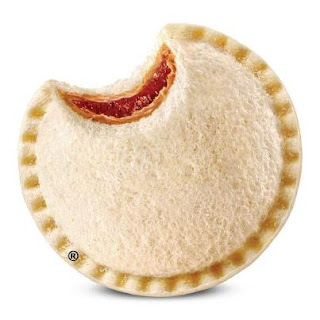 As I teach, I experiment.

In a recent lesson, a student was asking about how to get more "ping" in his articulations and I tried something new: I had him sustain some higher notes while I recorded him.  Then, while playing back the recording, I turned the speakers on and off.

Specifically, I watched the level meter on my Zoom recorder and, after it jumped to show the note was being held, I quickly turned on the speakers.

The effect: a perfect attack with just the ping he had been looking for!

Time for a little gooey Zen:

This reminds me of that old saying (one of my favorites):
The bread is made of the same ingredients no matter how thinly you slice it.

So true, HOWEVER, one could argue that, once baked, bread has a crust.  Dang, now my nice metaphor is under attack!

Hmmm, I'm reminded of those kids who can't stand crust on their bread.  Think of those poor parents slaving away to remove crust from the bread.
(kind of a first-world problem, but I digress)

Ahh, but leave to our friends in the corporate marketing world to scramble to our rescue!

I found a news article in 2002, announcing that the Sara Lee corp. would now offer crustless bread.

Nice, but the grand prize in the "Baked Goods Useful in Describing Brass Articulation" category must go out to our friends in the Smuckers Corporation for that brilliant dietary innovation, the uncrustable.

I have no plans to eat this glop any time soon but my ravenous hunger for stretched metaphors knows no limits!