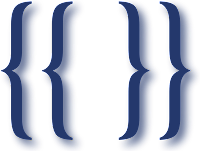 Let's face it...much of practice goes into mastering those hard licks...the ones we can't play yet.
We all know the time honored technique of starting slow and gradually speeding up.
A lesser known but equally valid approach is the "fast chunks" method.  Basically, this means taking small bits of the lick and playing them at speed.

Perhaps this is obvious to some  but, others, this might be something new to think about.  When I do "fast chunks" practicing, I use two techniques: sliding brackets and growing crystals.
Sliding Brackets
Let's use the following example from one of the earlier etudes in my Trombone Craft book...

Bracket off some notes and play them.  Then, slide that bracket over to the next group.  Make sure that the brackets overlap by at least one note.  Like this..

Like Lego pieces, you can than snap the smaller chunks together into larger chunks..

You just keep sliding the bracket across the lick.

Growing Crystals
Another approach is what I call "growing crystals."  This can be very useful.  Pick a small batch of notes, probably from the middle of the lick and isolate them.  Maybe something like this:

Then add some notes to either side of the focus area.  You can start by adding notes to the end:

Than add on some notes to the beginning:

Now, tack on some more notes to the end again:

This is like growing a crystal from a small center.  This is also an excellent way to isolate a trouble spot.