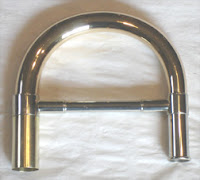 Have you ever heard that nasty viola joke?
The teacher walks in for the string quartet coaching and finds the violist in tears. "What's wrong?" asks the teacher.
The violist cries, "The violinists turned one of my tuning pegs and won't tell me which one!"
Here's a game I played in a recent lesson. I had a student play the tune, Barbara Allen, on trombone while I played the chords on the piano. Then, while they couldn't look, I moved the tuning slide but didn't tell them whether I had moved it in or out. I even handed it to them from behind so they couldn't see the position of the tuning slide. We played through the song again and they had to tell me which way it had been moved.
We did this several times (once I handed it back but actually didn't move the tuning slide at all..muhaha).
This speaks to a larger issue: situational awareness. I'm talking about many factors: pitch, rhythm, blend, interpreting the conductor's beat, etc. Under pressure, we need to focus in and concentrate but not develop tunnel vision, losing situational awareness.
Typically, it's harder to do this under pressure.
Try this game with your students/friends and let me know what you think. Here's an odd effect I've seen: sometimes people can hear and correct more easily when it's relatively close. When it's wildly out, I've seen people get confused and hear the opposite. Don't know why...
(shameless plug: the tune "Barbara Allen" is in my book Simply Singing for Winds)
Posted by Brad Edwards at 10:44 AM