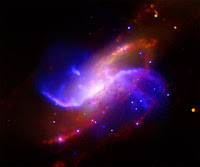 I just heard about the winners of the 2011 Nobel Prize in Physics.
If I understand correctly (and why wouldn't a trombone player have an outstanding knowledge of physics?) they independently arrived at the observation that, not only is our universe expanding, it is doing so at an increasing rate. That means there must be some "dark force" that is counter-acting gravity.
I can tell you that I don't think this force exists in music. When it comes to staccato passages, gravity is still king!
People rush during staccato. If we think of each staccato note as having its own kind of gravitational pull on the notes around it, we can see how those short notes naturally draw closer to one another.
Thus, rushing.
Maybe we could use a bit of that dark energy to keep the notes evenly spaced. Until then, be strong and resist that gravitational pull. 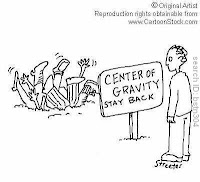