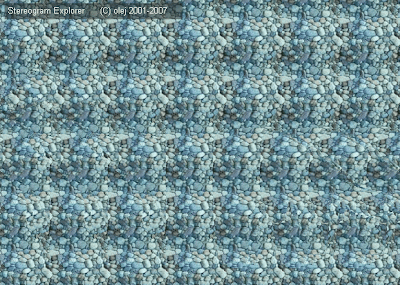 Doea anybody remember stereograms?  That's one shown above.  They were all the rage a while.  Commercially, they were known for a while by the brand name "Magic Eye."  Basically, you stare at the image for a bit (going a little cross-eyed seems to help), and a 3-D relief image begins to appears.  The one above shows a dinosaur...I think.  Officially these are known as autostereograms.

Allowing your brain to perceive that image requires, for me, a certain "passively focused" state of mind.  If I try to force it, I can't see the image.  If I relax, it begins to appear.

This reminds me of that perfect pitch course by David Lucas Burge.  We got the CD's recently and, bit by bit, I've been wading through it.  I gotta say, that man sure can talk a long time without getting around to the point!  Still, he finally does start getting to a point and....well, I'll let you know what I think if I ever finish it.

At one point, he mentions that you can't force perfect pitch.  In fact, the harder you try, the more the ability seems to recede (like one of those nightmare hallways..) 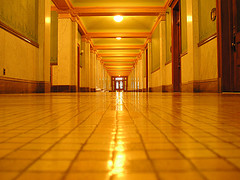 To perceive the pitches, Burge advises us to use a more passive frame of mind...sort of a non-judgmental awareness.....kind of like those stereograms.

I think the same is true when listening to your own intonation as you play.  Here's a trick to try:

If you are unsure of your pitch on a certain note...move it up and down by very small increments.  Instead of getting overly concerned about "right" or "wrong,"  simply listen as the "color" of the pitches changes with those very small slide movements.  If it seems to settle on one pitch as the best one, let it sit there and then glance at a tuner for some feedback.

If it doesn't work, oh well, you can always stare at another stereogram...(this one seems to show some kind of geometric shape with multiple levels...I think) 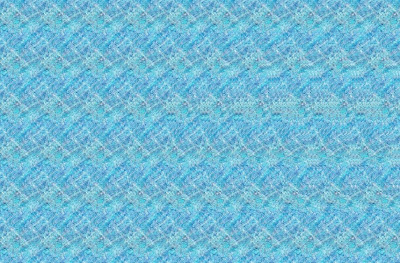