Back to the subject of rubato (about which I put up a post in July called "Wheel Rubato.")

I've thought of another way to look at it.

Take this example of the cadenza from Morceau Symphonique..

Being a cadenza, it should have some freedom. But still, 16th's should sound like 16th's, 8th's should like 8th's and so on.

In other words, the beat can change but the subdivisions of the beat should still make sense.

An analogy occurred to me. Suppose you took a large rubber band and made evenly spaced vertical marks on it. Or maybe your marks could graphically represent the spacing of quarter notes, half notes and so on.

Then, stretch the rubber band and look at your marks.

The rhythmic pattern is consistent over a time frame that is stretched.

...sort of like the perception of time as you fall into a black hole. 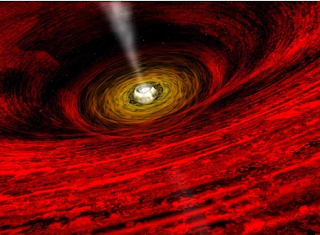